A Brief History of the Friends 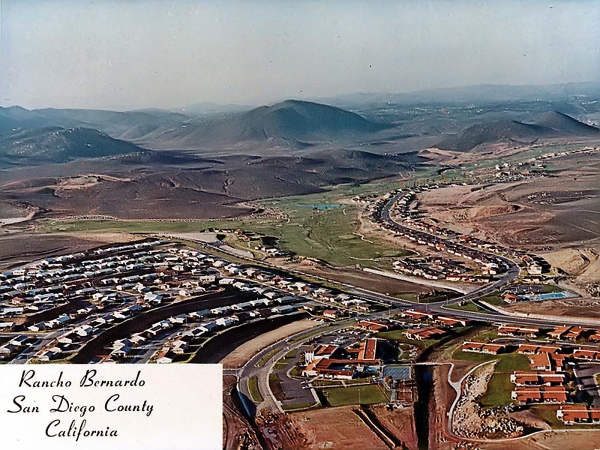 Since there was no space in the first Branch location in Westwood, meetings were held at the Seven Oaks center and later at the Rancho Bernardo Swim and Tennis Club. Annual book sales were held outside in Webb Park and the Mercado and we had to rent space for book storage. Donation sites were at local businesses.

On June 3, 1977 the Library moved to a new building at 16840 Bernardo Center Drive that now houses the California Bank and the Friends of the Library had their own home. All of our many activities continued until we moved into the current location at the Library on June 12, 1996.

Over the years we had many meetings with speakers that included the State Librarian, the curator of the San Diego Museum of Man, an earthquake expert, book appraisal and well known community personalities Ken Blanchard, Larry Himmel of Channel 8 and author Alan Russell. Regular book reviews were presented and became known as the “Brown Bag Book Review” that continued for many years.

In 1983 filings were made to incorporate, obtain federal IRS non-profit status, California Franchise Tax Board and California State Attorney General’s approvals as a non-profit organization.

Interesting Facts about the Friends

These funds have supported, among other things,

The highest priced book sold was “The Forgotten Heritage of Skelling Michael (California Studies in the History of Art Discovery Series)" which went for $ 250. The lowest priced were many of our children's books that sold for 5 cents.